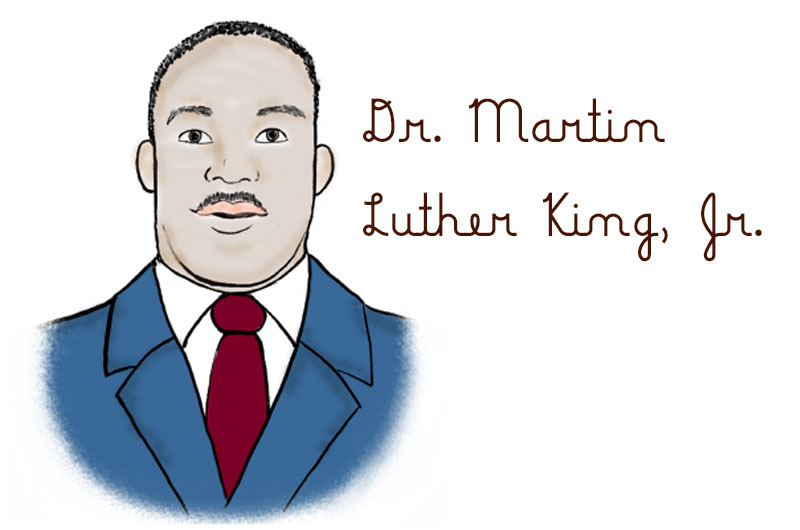 On this date, in 1929, the Rev. Dr. Martin Luther King, Jr. was born. Today we celebrate not only his life, but his impact, which led to the creation of a more inclusive society and a better quality of life for many.

King, who many knew as a model student, began his studies at Morehouse College at the young age of 15. It was during those years that he made the decision to begin pursuing the role of a spiritual leader which led him to Crozer Theological Seminary in Chester, Pennsylvania.

Not only did King once again prove to be an exemplary student by earning the title of class valedictorian, but he also realized his giftedness as a leader by successfully running for and being elected student body president.

Upon graduation, King pursued his doctorate in theology at Boston University where he was mentored by passionate social justice advocate and Morehouse College President Dr. Benjamin Mays. He also met his wife, then New England Conservatory of Music student, Coretta Scott.

In 1954, before he even finished his doctoral dissertation, he was named pastor of the Dexter Avenue Baptist Church in Montgomery, Alabama. King began his work as an advocate for justice a year later by meeting with local NAACP leader Rosa Parks.

Throughout his life, the reverend organized several acts of civil rights and advised many civil rights groups. His major acts include the Montgomery Bus Boycott, which eliminated segregated seating on local busses, and the March on Washington, which brought attention to the injustices African Americans encountered during the 1960s. The march garnered a crowd of over 200,000 people.

King advised organizations such as the Women’s Political Council (WPC), and the Southern Christian Leadership Council (SCLC), which held voter-registration drives, sit-ins, and other non-violent protests.

Much of the civil rights leaders’ work was fueled by his skillfully crafted speeches and eloquently written literature, which alone broke many barriers. Among his most famous speeches is the "I Have a Dream" speech delivered during the March on Washington and "Our God is Marching On" given after the march across the Edmund Pettus Bridge in Montgomery.

King’s most prominent writings include his book Stride Toward Freedom, which chronicled his experiences during the Montgomery Bus Boycotts and the Letter From Birmingham Jail in which he spoke on the necessity of civil disobedience after being arrested for leading a non-violent demonstration.

Dr. King was a courageously confident communicator whose powerful words and actions still have an impact. Learning Without Tears collectively honors his life and legacy.