International Youth Day: Your Students Have a Voice 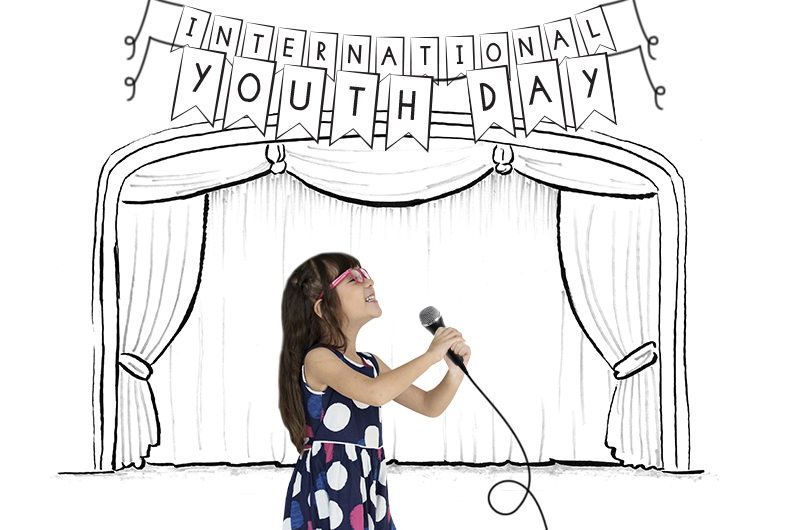 It’s International Youth Day and young people around the world are encouraged to let their voices be heard on issues affecting their communities. Youth are encouraged to both create and participate in activities dedicated to providing solutions and improving circumstances for the world’s youngest citizens.

It’s not only a time for youth to be heard, but for the rest of the world to listen. The idea came up a little over 20 years ago at a United Nations General Assembly meeting. Members concluded that children have valuable ideas and that when given adequate resources and support, can together produce powerful strategies for eliminating the world’s most critical issues.

In 1995, the assembly established the World Programme of Action for Youth (WPAY), the children’s branch of the United Nations General Assembly where youth convene to create policies that that will put an end to global issues such as hunger, substance abuse, and poor environmental conditions as they relate to children, teens, and young adults.

A few years after the WPAY’s establishment, International Youth Day was created to raise awareness about the existence of the assembly’s youth program and inspire young people all over the world to come together to affect change in their own communities. This year’s theme is Safe Spaces for Youth.

Creating plans to affect change starts with being able to comprehend and communicate your stance on the world’s greatest issues. Once an opinion has been formed, students will need to do further research on their chosen topic to be able to summarize and present their discoveries. Students will become young leaders as they share their plans of action amongst themselves and begin to change the world.

Building Writers writing practice student editions not only give students the opportunity to practice their narrative, opinion and information writing skills, but teach them how to change the world through effective communication.

Learn more about our Building Writers student editions on our website and download a free sample today.