4 Kids Who Changed the World with One Dream: Universal Children’s Day 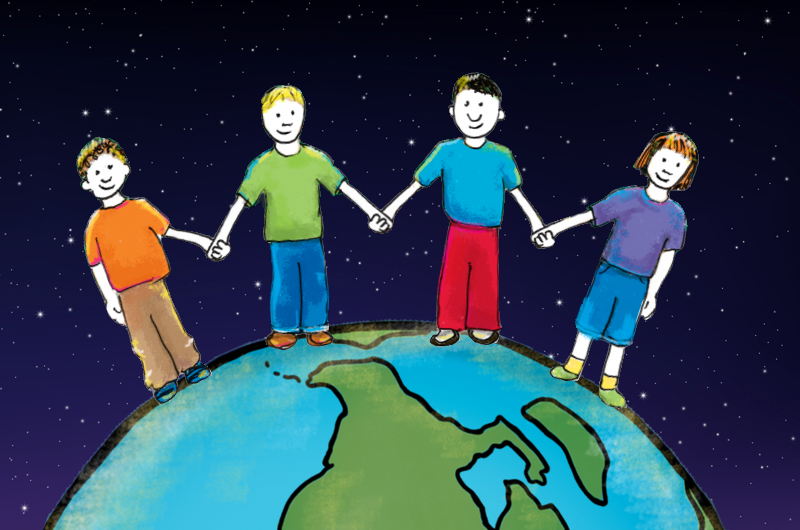 Universal Children’s Day was created by the United Nations in 1954 to shed light on children’s rights, welfare, and impact.

Each year, the organization recognizes a global day of recognition to spark discussion surrounding the latest issues affecting children worldwide and celebrate children working to improve conditions for their peers and communities.

Today we want to join the worldwide crew and highlight children who are making a huge impact in their communities at a young age. Often, great innovations come from simple ideas and conversations. What conversations can you have with your students to inspire them? Keep reading to find ideas.

At 4-years-old, Makaila Ulmer was encouraged by her parents to enter a local children’s business competition for aspiring entrepreneurs. Makaila’s parents encouraged her to take time to think of a product that she would want to create and present. During her time of contemplation, two thought-provoking events occurred. The young now business guru was stung by two bees and sent a family recipe book from her grandmother, which included directions for a honey-filled lemonade recipe.

Makaila developed a fascination with the honey-producing insects and how they contribute to the overall well-being of the environment. She combined her love of her grandmother’s lemonade with her newfound love of bees to create what’s known today as Me & the Bees Lemonade. Today, the product is sold in several stores and a percentage of sales profit goes to national and international organizations fighting to save honeybees. Makaila also regularly advocates and educates on the importance of honeybees.

When Alex was 12-years-old, he encountered a visually impaired woman in need of assistance. The pre-teen saw a woman standing at a cross-walk connected to a busy intersection in downtown Ontario. Alex went over to the woman to ask if she would like his help crossing the street, and she agreed. As the two crossed the intersection, a conversation surrounding resources and tools for the blind emerged, and the burgeoning inventor got an idea that would go on to change the lives of millions in years to come.

From that conversation, Alex went on to create iAid, a navigation device that helps the visually impaired travel more easily using ultrasonic sensors that detect a person’s surroundings. Since then, Alex has been given the title the Queen’s Young Leader by Her Majesty Queen Elizabeth II and has spoken to youth groups of over 160,000 to empower them to put their good ideas into use.

Greta’s story began back when she was 8-years-old and just beginning to learn about climate change. Greta was moved by what was happening to the environment and was appalled that no one was taking action. After making a strong impact on those closest to her and convincing them to rethink their perspective on environmental care and maintenance, Greta began to take her message to the streets.

In addition to making several speeches across her community, and beyond, Greta launched Fridays for the Future (also called School Strike for Climate), a movement that encourages students to demand action on climate change in their respective hometowns. Today, more than 20,000 students have taken action to decrease activities that can bring harm to their environments.

4. Easton LaChapelle – Moving the World One Limb at a Time

Easton LaChapelle built his first robotic hand at the age of 14. He used LEGOs, fishing wire and electrical tubing to make his vision come to life. For his 16th birthday, Easton was gifted his very first 3D printer that allowed him to take his creations to even greater heights. Soon after, the young innovator created his very first robotic arm which landed him a place in his state’s science fair.

While on-display, Easton noticed a young girl closely observing his latest invention. He then noticed that she had a prosthetic arm and began to converse with the girl and her parents. As a result of their conversation, he learned that prosthetic limbs cost around $80,000 and must be replaced as children grow. Easton was inspired to expand his 3D limb creation into a business that provides more affordable and efficient options to those in need of limbs.

As you can see, you’re never too young to make a difference. The four individuals mentioned above did not let their age limit their goal to make an impact, and as a result, the world is forever changed for the better.