Mat Man’s Super Bowl Highlights and Challenge: Get Your Game Face On! 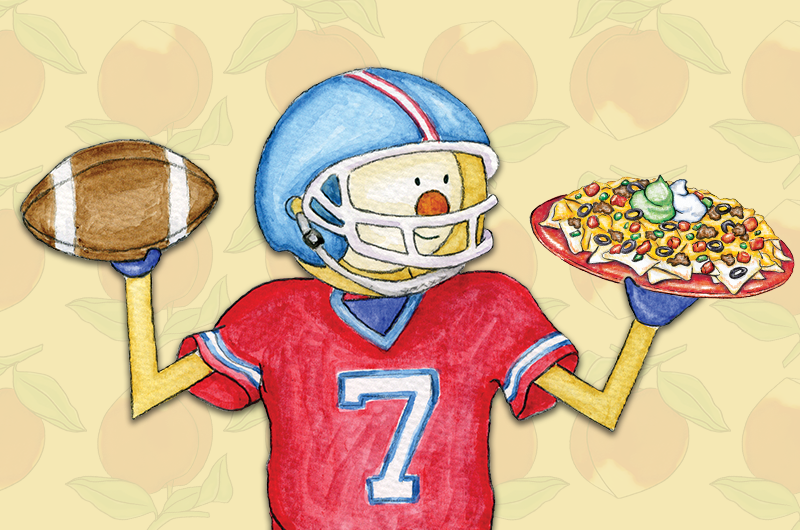 Mat Man® is a big fan of the Super Bowl. In fact, he enjoys everything about it: the food, the cool commercials, the parties, and staying up really late! Of course, there’s also the football. No matter who you are, you can find a reason to love the Super Bowl.

The 2019 Super Bowl will be held on Sunday, February 3, 2019 at Mercendes-Benz Stadium in Atlanta, Georgia. The two teams that will battle in the 53rd Super Bowl are the New England Patriots and the Los Angeles Rams. Mat Man is getting geared up for a great game in Atlanta!

There are some things you may not know about the Super Bowl. Mat Man did a little research and found some interesting Super Bowl trivia to share with your students:

So, whether you enjoy the food, the football, the comercials, or just the parties, it’s time to get your game face on. Mat Man wants to see your Super Bowl game face, and your favorite part of the game (his is the nachos!).

By Barbara Bernard Barbara earned a B.S. in Business and Economics from the University of West Virginia. She was a marketing leader for Pitney Bowes for the past 12 years, focusing on driving measurable revenue through concise marketing. She was responsible for marketing strategy, targeted, and defined demand generation campaigns and the deployment of marketing automation and data analytics to drive results. Previously, Barb led global marketing for JDSUniphase, directed e-Business for Freddie Mac and Prudential, and has led customer conferences, sales kickoffs, and client education.